WHAT BANG FOR THE BUCK:  Wyoming’s Sovereign Wealth 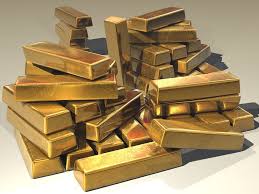 Here’s a stunning bit of not so trivial trivia:

Wyoming’s sovereign wealth ranks among the 100 richest in the world.  With a total of $20.8 billion, we aren’t quite in the same class as Norway or Kuwait or even Alaska and Texas but, for what it’s worth, we’re better off than the rest of the American states.

Knowing this explains why we’ve been able to enjoy low taxes.  While I couldn’t find current figures, in 2013 an average Wyoming household paid 3.7% of income on taxes compared to a national average of 10%.  Not bad, hum?

So, maybe, I should be happy for small miracles and shut up.

With all this wealth, they want more …

Except that we do pay taxes.  Except that people keep talking about adding an income tax or raising the sales tax to ensure that we don’t have budget shortfalls in lean years.  And why with our money do we have shortfalls?

Well, for one thing, our sovereign wealth doesn’t net us that much income with only 0.1% to 2% return on investment.  To put this in perspective, other states’ investment programs outperform us by long margins.  Some get returns of as much as 8.4% to 9.4%.

Given these statistics, I don’t understand why the people concerned with economic diversification and development focus only on tax reform (i.e., adding an income tax and restructuring property taxes).  Why don’t they press for reform of the way the state manages—or doesn’t—its helter-skelter hodge-podge of funds, investments, and multiple other pots of money.

That Permanent Mineral Trust Fund of ours—our biggest money pool at $7 billion*—earns only around 2%, putting its return on investment in the bottom quarter of funds of comparable size.  Almost every other similar fund makes more, and I’d say that merits some reform.  Don’t you?  A WyoFile article in January 2017 quoted an estimate that if our Permanent Mineral Trust Fund just managed to earn a modest half of the returns of comparable funds, Wyoming would have gained an extra BILLION DOLLARS between 2014 and 2017.  Yikes!

This fact is of particular importance to you and me because a portion of what the Permanent Mineral Trust Fund does earn in investment income is divided between the counties and towns while another percentage finances the state’s rainy day account.  Thus, more income equals more funding of local infrastructure projects and, in lean years, fewer efforts by the legislature to slash and burn social and educational budgets.

Imagine!  A 2017-18 in which no one talked about cutting school funding.  As for the upcoming 2019 legislative session, revenue is up but that hasn’t stopped talk down in Cheyenne of where to slice into our already threadbare social safety nets.

As you may know or have guessed from reading the above, much of Wyoming’s wealth gets lost in the shuffle, literally.  To find some of the money, refer to the annual Budget Fiscal Data Book.  Listed there is what we might call (with tongue firmly planted in cheek) Wyoming’s financial diversification and wealth dispersal schemes.  Here’s a sampling:

And I haven’t even mentioned the reserve accounts of towns and counties, of special districts and special trusts.

Where is all this money?  Much is stashed away in bank accounts or in investment pools managed by the state treasurer’s office.  Who gets the earnings?  They go back into those ear-marked accounts.

That’s where you’ll find Park County’s reserves of $17+ million—a bit was put in one of the investment pools a few years back where it earns, on average, less than 1%.  The rest sits in state-approved banks that are required to pay interest at rates of around 0.1%.  In short, our local “investment” strategy is better than a kick in the head but not by much.

And this in a booming economy.

Properly managed … say that even half of our state sovereign wealth was pooled and invested at a low-to-moderate rate of even 4%?  Do the math on $10 billion at 4%.

Legislators, take note.  With state financial management reform, your life would be a whole lot easier.  Still, you’d face some really tough and divisive questions.  Like, maybe you’d eliminate the sales tax?  Like maybe you could copy Alaska and give us dividends.  Or you might fund free health and other public support plans like Norway or disperse financial stimulus checks as in Saudi Arabia?  So many choices … .

Ah, for the day when you and we have such problems.

*Actually, $8.1 million … but what’s a million or more when the state treats its assets like they’re still in the ground.