WHO COULD ASK FOR MORE – Libraries and Social Capital 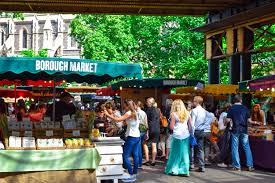 I’ve been wandering in memory land,

recalling communities where I’ve lived in various countries and what made them particularly livable, trying to lump those into categories.

The big one might be called “No Zoning.”  Without laws saying what and where you can build, my neighborhoods in most countries were social and cultural melting pots with complex intermixing of shops and houses, of high-rise apartment buildings cheek-by-jowl with expensive villas, of strange but workable mixes of vendors and itinerant merchants tucked wherever.

This led to rich, colorful, and endlessly interesting interactions.  A tire merchant in a garage next to my garden wall clanged away most of the day, removing wheels from tires, minor key music blaring from his radio.  Old tires stacked to the eaves of his small shop clogged the sidewalk making it necessary to step into the street to go around.  Three doors down and around a corner, a modest grocery store occupied the bottom floor of an apartment building with a local farmer daily bringing fresh produce to shelves on the sidewalk outside.  This meant easy shopping and guaranteed delicious veggies for every meal.

A flower vendor operated across the street.  Another market opened daily in a square surrounded by villa walls just down the alley and another block away.  Time available, I’d take the dog for a walk that direction with a basket over my arm and browse through whatever offerings had appeared that day from bolts of cloth to beautiful, plump tomatoes.  Sometimes a street artist would appear; sometimes a flutist.

On the way, I’d pass my neighbors across the back alley.  They kept chickens that clucked and scratched and occasionally escaped.  More than once, since their wings were never clipped, the pea-brained birds flew the wrong way landing in my garden.  How many ended up in my cooking pot is an open question.

The downside to no zoning (or zoning regularly circumvented by bribery) could be seen overhead in the complex, intricate, dense, chaotic, and always changing network of electrical wires.  In places where a legal route to hooking up to the electrical grid might cost thousands in bribes and fees and take years, simple splicing, a length of electricians’ tape, and a bit of wire and equipment could do the job for next to nothing.  Of course, what that does to the electrical grid and the danger it poses to humans and property beggars the imagination.

And the Not So Good

There are number of other aspects of this kind of living that fall on the debit side of the leger, so I’m definitely not advocating it here.  We’ve developed our zoning laws piece by piece and with due regard for public health, public safety, and for what we as citizens want—safe neighborhoods, good sidewalks, restrictions designed to protect our property values, and the list goes on.

I know because, in the process of planning for our new library, I’ve been reading a bit on city planning, on what the experts think make for great communities.

Social capital refers to various types of safe, public spaces that encourage social cohesion, that work to draw members of a community together, and that as a whole are called “social infrastructure.”   It turns out … community planners say … that the more of this we have, the healthier, stronger, more resilient, and longer living we are.

What’s really interesting is that the social infrastructure the planners talk about creating refers to places that draw people regardless of status or race, gender, age, etc. and that encourage them to mingle.  Ironically, these are places that existed spontaneously outside my doorstep overseas but must be created and built here.  They are places like parks and public pools and gyms, like playgrounds and farmers’ markets and schools.

Reminding Me of Libraries

Most of all, they are like libraries.  Our libraries ooze social capital, fostering buckets of social cohesion.  They are one of the few places in any town where anyone can enter without judgement; without money.  They are safe places to mingle no matter ones economic or social status.  Well, I could go on, but that brings me back to Powell.

Reading about social infrastructure left me saying, “We’ve got that … and that … and that … and … .”   We may also have zoning, but we’re far from isolated in our little housing enclaves and our own little groups defined by age, social standing, economic status, or gender.  We may not have a shifting social panorama on our sidewalks, but our stores are all within walking distance.  In fact we have a rich social infrastructure including our many volunteer organizations and churches, our parks and schools, our playgrounds and sports fields, our pool, museum, and library.

Plus, we have the benefits zoning provides.

Who could ask for more?  Back to Top