What Really Makes Us Great 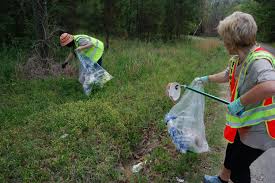 Ask a foreign student from central Asia what impression he has of our community, as one of my friends did recently, and the response was both insightful and astute.

He said, “Everywhere, everything is so clean,” and he added, “And people are always helping each other.”

He definitely pointed to the hallmarks of a great community.  Cleanliness and neighborliness demonstrate that a town is doing all the right things—the things that make people proud, that make them want to help each other.  People are not just quick to look after each other, but they pick up after themselves, pay for having road verges and common areas mowed, parks maintained, streets swept, sewage governed and treated, and I could go on.

There are so many things that make this possible.  Part of it is prosperity.

When We Didn’t Have Much

During the early homestead days here, the struggling young couples helped each other when they could and took their own trash to the dump … when they got around to it.  The latter was very low on their priority list.  My homesteader stepdad had a barrel for burning what could be burned and an old trailer where everything else went until someone had a couple of hours (not to mention the energy) to haul it away.

Most homesteads had a “place” for larger discards.  Yes.  They hoarded.  They did so under the generally held belief that:  “The minute you throw something out, Patty, you’re going to find a use for it.”  Those words belong to my mother and all her friends.

When I came home and bought our farm, one of my first big jobs was to clean up a back hill.  A lot of stuff—rusted out discards all—actually sold at auction.  The rest took Johnny Williams, several strong men, and multiple flatbeds to haul away.  Even so, I still have a pile of 1950’s aluminum irrigation pipe if anyone wants it.

Out of Sight, Out of Mind

When my neighbors bought their place, they had the same problem but worse.  They, too, had an auction, then spent a year or so culling the rest.  Believe it or not, back there on both of our places, out of sight and mostly buried in sagebrush and grass, you can still find old bicycle frames, the rotted out hulks of … .

It wasn’t that our homesteaders didn’t value cleanliness.  They did their best.  But they had to prioritize their money and energy and to make the best use of the hours in each day.

How hugely everything has changed.  The verges fronting homes now look, in the vast majority of cases, neat and tidy.  Farmyards sport the luxury of flower beds and lawns.  If, Heaven forbid, homeowners are hoarders, their hoardings are hidden behind hedges and trees.

While thinking about this column, I spotted orange trash bags alongside 14A.  They represent the best of us—a willingness to spend our personal time cleaning a major common area.  At the same time, the need for such volunteers springs from the opposite tendency.

And, yes.  You can still find trashy yards and poorly maintained buildings both in and out of town.

Yet everywhere, I believe, the majority of people want to keep themselves and their home environments clean.  In one African country where I lived, as an extreme example, the rural cash economy was almost non-existent, consumer goods a rarity.  A stop at a village store would reveal dusty shelves, a dead cooler holding warm, locally made beer, and a counter sporting a few bars of imported soap.

That says it all.  In those villages, people did their best to be clean and keep their homes the same.  They left the outside to fend for itself.  Everyone did.

For a time, I lived behind garden walls facing a wide dirt street, clean except for rags of plastic bags and a midden pile in its center.  Pigs and vultures, for the most part, kept the smell down and the pile generally reduced to bare dirt.

When There Are Too Many of Us

Cultures come to incorporate such practices.  Those of you who’ve visited the teeming cities of South Asia, for example, know that even the wealthiest are content walling themselves off from their neighbors and their streets … trash going over the wall where it can be forgotten.

All peoples, of course, rally to help family and extended family in their clans or tribes.  In another country, I was befriended by the wife of a prosperous, local businessman who found my status appalling.  Josephine couldn’t imagine surviving as a working mother without a family support group.  One day she announced her solution.  I would be her sister.  Henceforth, for my daughter, she was Aunty Josephine.

This made a big difference in my lifestyle.  When I contracted malaria, as one example, Josephine, her sisters, and her cousins came to sit with me.  I had become part of a social safety network.  Never, however, did I hear of anyone taking up collections or holding fundraisers for strangers.

Personally, I feel incredibly grateful and proud to belong to a town that is doing all the right things—the things so reflected by our cleanliness and neighborliness that a stranger notes them.