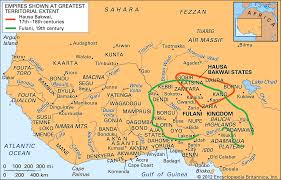 The Importance of Unity

Growing up in Cody, I understood that I’d been privileged in so many ways.  The most important, I only now realize, was a sense of unity.

“We didn’t have cliques,” one of my classmates likes to say.

Rich and poor, we did all mingle.   We had no color divide because we had no people of color.  We had multiple religions, but all were Christians.  We had people from minorities, but they were Europeans.

College, though, brought home other truths.  Still, the import of color, caste, and class that divided much of America came only slowly until the Nigerian civil war took me to Kaduna.  There, a small incident brought home just how nuanced, integral, and important such designations can be.

On being a chief at a polo match…

It happened at a polo match on a sweltering day where we’d found seats in the sun.  Beyond a railing, the Emir of Kano’s party enjoyed deep shade, comfortable in their flowing robes and pillbox hats, cheering their team.  They had noticed us, too.  One of them came around and asked if I was the American Embassy official visiting from Lagos.  When he got an affirmative, he invited me to join the Emir’s party.

The local American Chief of Base, sitting next to me, said, “Watch out.  You’ve got to go, but be careful.  He collects white women.”

As I reported later, when I asked why he’d singled me out, the emir said that all chiefs were welcome in his box.

He explained.  “We see a white woman representing her country?  This is new to us.”  Not having a place for me in the strict hierarchy he knew, he stuck me into a loosely defined one—chief.  Thus, my invitation to sit with the men ranged around him.  (And, maybe a bit because I was tall, white, and blonde.)

The emir’s point spoke to the root cause of the African wars and revolutions raging then and now.  Then, we had only started to learn that the violence was precipitated by colonial destruction of indigenous social, closed-circle structures.  The time when everyone had a clearly defined place and accepted it had mostly gone by that day in Kaduna.  But, importantly, the Brits had left the Hausa and Fulani social and political structures alone, so peace reigned there still, while war consumed the south.

So, with us.  Our well-defined American system, based largely on race, has been breaking apart as it changes.

The 6 January attempted coup sent shivers along my spine.  I’ve seen such scenes in person in Nigeria, in Ghana, in Angola and watched such events in dozens of other countries.  I never thought to see them in America.

And here?  I’m hoping we’ll remember our past and ask each other to be more like we were.  That is unified—the kind of unity that encompasses everyone no matter race, color, creed or gender, that doesn’t put people in boxes but embraces.