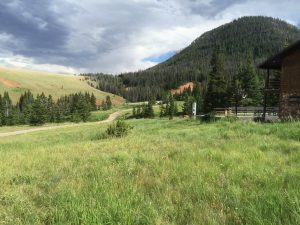 Do any of you still load up the kids or the grandparents or pick up a neighbor and head out for a Sunday drive after church?

The Corona virus has been bad for so much, but its had its positives.  Perhaps the greatest good has come to families rediscovering … well, some of the old family pleasures we enjoyed In the pre-TV, pre-Sunday afternoon football days.  Sunday driving was what we did whenever the weather permitted.

Mom would put a roast in the oven or leave a stew simmering and, sometimes still in our church clothes, we’d climb into the back seat of the car.  Dad would take the wheel, Mom would ask if everyone had used the bathroom and, once she had a universal affirmative, off we’d go.

According to my father, we were “enjoying the great outdoors.”  Often, indeed, we would follow the “dam” road through the canyon and up the North Fork and into what had to be one of the world’s greatest ‘outdoors’.  That road, at least, was paved, which couldn’t be said for most of the places Daddy took us.

I suspect that one of the real reasons for these drives fell under the heading of curiosity.  Sometimes, my folks simply wanted to see how “things were coming along,” as they would say of the developing farms and home sites speckled through the projects.  As they followed the roads that crisscross the county between Deaver and Cody, Daddy would comment about changes since the last time we’d been that way, about the Smiths having sheep on the place or the Jones putting in a new fence or the Mason’s tractor sitting in one of the Black’s fields.

Each of these discoveries was good for several minutes of speculation … like the Masons and Blacks had been squabbling since the Masons cows trampled the Black’s garden so they must have made up otherwise the Masons never would have loaned the Blacks their tractor.

The point here isn’t just about curiosity and it had nothing to do with prying.  It was all  about being part of the local scene.  The more you knew, the closer you were to the “center of things,” as Daddy would say.  He meant belonging.  And, in such a recently settled place, where new people were arriving all the time, that was important.

No Place to Hide

Certainly, People put their little houses and outbuildings on open land.  There were no big warehouse structures or barns, no large houses, certainly no trees or shrub rows to hide behind.  This made it easy to see and know a lot.

Everything people owned that didn’t fit into a house or shed was on display.  Like it or not, our lives were open books to not just our neighbors and friends but pretty much the entire area.

Most of you know the story of Earl Durand and know he didn’t even try to hide from pursuit within the Basin.  I’m not saying that Sunday Driving had anything to do with it … but Sunday Driving was a powerful part of the culture.  Now, an Earl Durand might hole up any number of places but, then, he headed for the mountains.

Which is what everyone did, and not just when they needed to escape the law or “just get away from it all.”  Mountains were for excursions.

Often in the summer, we’d spend the entire Sunday on a family excursion.  Those were the times–often meeting up with others for fishing and picnics–that we would venture into the mountains.  And we still do.  Nothing about this has changed except the ease of access.

I haven’t mentioned the roads or tires or cars of my childhood Sunday drives.  Once you left the settled areas, Sunday driving could become a real adventure.  Paved roads or even regularly graded ones were few and far between, while a Russian olive could puncture a tire (maybe not exactly, but they seemed that fragile) so having a spare or two meant getting home or not.  Then, there were car engines.  They hated the thin air.  They particularly hated climbing.  As for the brakes?  You checked the brake pads before venturing too far afield.

Sylvan Pass, as an example, was a challenge.  “Shall we try it?” I remember my father asking on more than one occasion when we’d get as far as Pahaska.

“Yes,” we’d scream.  We loved Sylvan Pass almost as much as we loved the “dam” road with its exciting, one-lane tunnels and the challenge of timing the “going up” with the people “coming down.”  Sylvan Pass had none of that thrill but something quite different — the distance you could fall if you went over the edge.

In the Rumble Seat

I have to explain.  Way back, when we first moved here from Oregon, our family owned a 1939 Plymouth coupe, complete with rumble seat.  Rumble seat, you ask?  To explain further, between the rear window and the trunk, a bit of what would otherwise be part of a trunk lid could open up to reveal a well holding an extra seat.  As kids, we loved riding in the rumble seat almost as much as in the back of a truck.  Maybe more.

But the most exciting place to be in the rumble seat wasn’t on Sylvan Pass or on Shell Creek–the road we thought of as a close second for excitement.  Neither was for the faint of heart, but both were paved.  Not so, Dead Indian with every bit as many switchbacks and places where it seemed going over the edge would result in a fall that could last … well, forever.

How w\We loved driving into Sunlight and Crandall … now that was a real adventure.

Our game little car had a high clearance, which was good.  It needed it on what was just a rutted track back then … this would have been about 1948.  Up it would climb, the sky blue overhead and, mostly, bird free (DDT having reduced bird populations).  Sooner rather than later, we’d have to stop to let the radiator cool off and add more water.  At the top we’d stop again.  It was a wonderful place to picnic with a view of what looked to be every mountain in the world piled up for our pleasure.

Going down the other side, Daddy would inch around the tight turns and, if there was a wash out, the inching became backing and filling to make the turns with the rear of the car seeming about to fall into the abyss.

Terror!  Pure, unmitigated, delicious terror.  At heart we knew Daddy wouldn’t let us go over the edge, but … .

Oh, those Sunday drives.  I recommend them even more now … without the terror part. 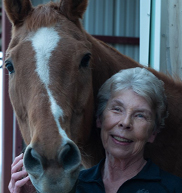