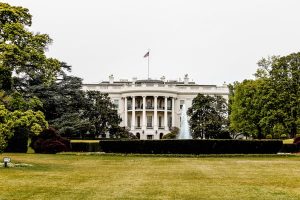 Okay.  We’ve got a pissing contest in Washington.

We have a leader who has moved all of his chips onto one number and is challenging the croupier to make the ball drop into the right slot.

The “chips?”   That’s us, our neighbors who work for the Federal government, and the programs that affect us—ones that will remain dead in the water until (to continue mixing my metaphors) someone plays chicken.

Which isn’t something new, now.

Government shutdowns were non-existent for most of our history and during the first half of my career.  Even later, they were rare.  When they did happen, I was one of those government employees considered “essential.”  You know.  The ones who work ‘pro bono’ for the good of the people.  And happy to do it.

Now?  Government shutdowns and threats of shutdowns seem to have become addictive—the more our leaders use them, like opioids, the more they want to use them.  And have.  Twenty-one times!

Perhaps we need to refer to this as a “shutdown epidemic.”  And, like other epidemics, it has huge costs for us.

If this particular shutdown continues and our local Federal employees miss their 12 January check, they—our friends and neighbors—will be dipping into savings and college/retirement funds to pay the rent or will be cutting back on purchases or will be doing both.  Will anyone ever make it up to them?

Maybe.  Judging by past experience.  Though, only at huge expense to all of us (higher taxes, anyone?).

But No Bailout When the Cause is Bad Government

But what about our merchants, banks, business and property owners whose livelihoods will be affected by a loss of custom.  Do the Feds come back in and say, “Oh, you’re out of pocket, too? Let us reimburse you.”  And what about the farmers who miss loan deadlines and seed purchases?

Which brings us to the down-stream effects on suspended farm programs, and on the loss of farm revenue, and from farmers cutting back on local spending.  Those negatives may not be seen for months and are as unlikely to be compensated as other hidden losses.

Do our leaders understand this or care?  Here, I should point out that every one of the decision-makers is a millionaire in his or her own right.   Most have never had to worry about the next paycheck.  And, even if they forfeited their own salaries, as our representative says she is prepared to do, would it be more than a gesture?  A bit of window dressing?

If she and the rest of our lawmakers wanted to do something, they’d get rid of or amend the 1976 law that makes government shutdowns possible.

We know they won’t. They’re addicted to shutdowns.

Thinking about the craziness of a system that allows its people to be used like pawns, I have to wonder how we would react if something similar were to happen at the county level.

And Closer to Home

What if one of our commissioners had the power to suspend salary payments to a hundred or so of our county employees, requiring the other hundred to work without pay?  What if he/she suspended programs paid through the county (law enforcement, the jail, the courts, the libraries, landfill, museums, needy family assistance, etc.)?  What if he/she did both because the rest of the commission wouldn’t approve funding for … say … a fence and security around the county to keep out bad elements?

No matter.  Would anyone support that commissioner?

Some would, of course.  The security companies that would get contracts to man the walls.  The contractors who would make money building it … you know the list.

The rest of us would be lobbying the other commissioners.  We’d be yelling: “Vote the bastard out!”

I’d be doing that, anyway, even though for me it wouldn’t be so much about the silliness of anyone spending my money to build a senseless wall around the county, it’d be the idea that anyone’s ego and ideas on brinkmanship (and now I’m talking about both the White House and Congress) could be allowed to shutdown essential services and use us … yes … us, as pawns.

The county analogy isn’t exact, but it is illustrative and brings home the core truth.  We know our best interests are a long way from anyone’s mind in all of this.  We know Washington is broken.

I think we’re seeing in this shutdown how much we don’t matter, how little those in power care about what we think, and how broken our government is.