Mind Bugs in the Equality State 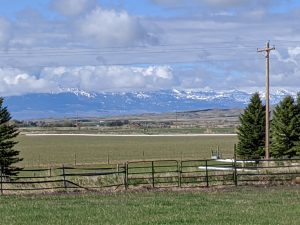 a name evoked often this year as we look back on 150 years of women having the vote.

Me, I love the name, the concept of equality and the challenges it poses—ones we’ve been discussing more than usual this year as we wonder why women earn so much less than men and debate associated questions.

Of course, we’ll never all be equal.  Genetics tells us that we don’t start out that way, that our ancestors bequeathed us unequal quotients of raw material to either use or not as our circumstances and thinking dictate.  It’s those pesky circumstances that claim most of our attention.  But, maybe, we should be focused more on our thinking.

I was reminded of this by a book called, Blindspot: Hidden Biases of Good People, by Mahzarin Banaji and Anthony Greenwald, that says we all acquire blind spots as we grow up.  These are stereotypes relating to gender, ethnicity, religion, age, sexual orientation etc.

Obviously, such stereotypes—such blindspots–affect our thinking, shaping our decisions and our actions in ways so engrained that we’re often unaware of their existence.  They play in police profiling, corporate hiring, who we marry, who we invite to our home, and on and on.  They even end up as unacknowledged stereotypes about ourselves!

The authors refer to all of these as “mindbugs.”   Think about it, about how many times you’ve backed away from a situation because, “I can’t do that” which soon morphs into, “I don’t want to do that.”  Which is only one of the more blatantly obvious tricks the mind plays on itself.

What Banaji and Greenwald are saying is that we not only have unconscious biases about ourselves and others, but we hide them from ourselves.  “I didn’t want to do that, anyway,” we say.  “He wouldn’t have done well in the job, anyway.”  Or, “She’ll have to be given maternity leave and stuff like that, so she deserves a lower salary.” Or …

If you think you’re immune, try one of the many on-line bias tests.  I did and discovered I had built in prejudices against women in public life (ironic considering my run for county commissioner), about blacks in intellectual jobs, and more.  This came home again recently watching the PBS Newshour which included comments on challenges faced by an astrophysicist.

She … that’s right, “she,” wasn’t talking about her academic work, either.  Dr. Jedidah Isler referred to the often unrecognized, unremarked, and unacknowledged, lifelong negative biases that she encountered, posing challenges that she believes can only be cured for the next generation of female, black scientists by changing attitudes and bringing those unconscious biases into the light of day.

As I listened to her, I caught myself thinking: “Yes.”  Because, even as I watched, I was having a hard time believing the black woman on the screen was a prominent astrophysicist.

After all the years I spent living in Africa, dealing with brilliant African minds, and enjoying close local friendships, you’d think my racial biases would have evaporated.  Clearly, that’s not the case.

We All Face Biases

Like Dr. Isler, we all face biases no matter what our circumstances.  Personally, I entered the work force when women had few legal rights and, subsequently, spent a career breaking glass ceilings.  And, what are glass ceilings, anyway, if not just thousands of mind bugs accumulated over thousands of years.

Yet, in my case, mind bugs worked both for and against me, because I was not just a woman but a tall woman.

I was a freak to some.  An anomaly to others.  Recognizable to all.  “That tall girl … you know who I mean.”  And, everyone did.

They also accepted, in the way that they knew blondes were dumb, that tall girls are smart.  Such assumptions certainty boosted my GPA with teachers who would say, “Of course, Pat knows all the right answers.”

The tests might show otherwise, but I’d still see my C+ morph into a B.  Now, there’s a major positive mind bug at work.  It also helped that even as a teenager I looked down on most of my teachers.  Definitely, as a grown woman wearing heels, few men could stare me straight in the eye.

Dealing with Assumptions and Biases

But I wander.  Returning to Wyoming: The Equality State, the point I want to make is that we should recognize our mind bugs and broaden our discussion of ways to become more equal to include ways of dealing with the “assumptions” and “biases” that hinder our efforts.

We acquire our mind bugs as children, and it’s to the children we must look.

Here’s where all of us can really make a difference—by consciously eliminating our prejudices from our speech and actions.  We may not be able to remove our “mind bugs,” as I know I have not, but we can sure stop passing them on.