HUFFING AND PUFFING FOR MEMORY 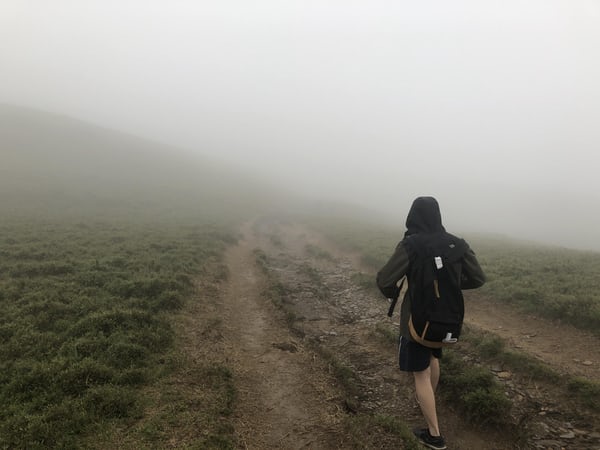 If anyone has noticed me huffing and puffing

up the trails and tracks below Heart Mountain,

rest assured I’ve had good reason.  The brisk pace, as opposed to my usual stroll, has been part of an unscientific experiment relating to the suspected connection between exercise and memory.

In part this came about as an unexpected consequence of the Corona Virus pandemic.  One of my coping mechanisms has been to read books that I’ve managed to otherwise avoid and, then, to focus more closely than normal on what they have to say.  The result?

One rather weird venture into aerobic exercise.

In truth, exercise has been a normal part of my life but, as a rule, I’ve managed to make it a small part.  That began to change with some very necessary physical therapy.  There’s nothing like facing the prospect of knee replacement surgery to focus a mind not otherwise engaged on things like muscle building and longevity.  Thus, I picked up a book titled Successful Aging by Daniel Levy.

He has a lot to say on a lot of subjects.  I, though, zeroed in on a reference to astrocytes, which Levy describes as “a type of brain cell” that can be energized by exercise and, he goes on to say that, in recent experiments, have been shown to improve memory and “overall cognition.”

Despite the fact that the author thinks so little of the importance of astrocytes that he fails to even include them in his index, I made a note in the page’s margin and kept going back to the reference.  In part, the attraction was its name, astrocyte, which derives from its star shape.

A cell shaped like a star.  How cool is that.

Since Lakshmi, the dog, demands her daily run (stroll for me), and I had to go out anyway, I decided to try a personal experiment on my own star-shaped cells.  I pulled up a game of Shisen, which involves tile matching—speed is the object and scores depend on how quickly you can note and recall where tiles lie on a board.

I played a couple of games, jotted down the scores so I would remember them, then strode out to tackle the closest hill.  Two miles later, I dragged myself and my water bottle back to the computer, took off my shoes, propped my sore feet up on a bench, put the keyboard on my lap, and called up a Shisen board (they’re different for each game).

Three games later, I almost forgot my aching feet.  Exhausted though I was, the average post-huffing and puffing score was almost a quarter higher than the pre-one.

The possibilities of this discovery fanned out before me like the brilliant tail of a peacock.  Clearly, my memory and cognition had both been enhanced.  As I understood what had happened, increased oxygenation (huffing and puffing) had activated some of my astrocytes.  They in turn sent signals bursting from their little star-shaped cells through chains of neurons in my brain’s hippocampus.  The result of such activity was plain to see.  The scores didn’t lie.

And, if exercise would work for a computer game, what about reading.  Exercise should boost my speed, improve my retention rates, and just downright make me at least sound smarter!  Poker.  I could become a matchstick-winning titan.  As for irritating things like remembering a name, there’d be no more saying, “I know it’ll come to me in the middle of the night.”  All it would take would be enough exercise or, maybe, enough well-timed exercise.  As for fearing Alzheimer’s or dementia, forget that!

Writing this down now, I can see you shaking your heads and thinking, “What an idiot.  If that was true, athletes would be the smartest people around with absolutely stellar (pun intended) memories.”  And, you’d have a point.  While some of the very best athletes do have excellent brains, it’s certainly not a rule.

True or not, if the Corona virus wasn’t around, my routine schedule would have intervened.  I’d have forgotten (in the perfectly normal sense) the whole thing.  But a brisk daily walk is a good thing.  A bit of huffing and puffing wasn’t going to kill me (I hoped).  And, my usual twenty minutes, extended to an hour-plus, nicely fills that lull period after lunch when the body suggests time-wasting things like, “A nap would be nice.”

So, I repeated the experiment.  And repeated it multiple more times to find that my Shisen scores had reverted to their previous average levels with only occasional spikes that couldn’t be attributed to exercise.

Even so, I went looking for more information and read things like: …  astrocytes … secrete cytokine leukemia inhibitory factor (LIF), a regulatory protein that promotes the myelinating activity of oligodendrocytes…  But … Exercise may increase astrocytic size … blah, blah, blah and … may help influence long-term potentiation and episodic memory function.

Okay.  I can buy the “episodic” part, although I doubt if the researcher was talking about “episodic” as in the occasional “episode” in which I found enhanced Shisen scores.  Still, there might be something there.

In the meantime, all that walking is no doubt improving my overall health.

Thanks to the Corona virus, huffing and puffing might even become a habit.  Back to the Top