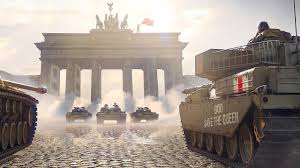 “People get the government they deserve.”  My colleagues and I, moving from country to country, repeated that accepted truth without question.  We said it again during every coup, in every civil war, on each occasion of insurgency and insurrection.

I said it to my aunt one night after cowering for far too long under the lip of a swimming pool while government troops fired their AK-47’s over my high garden wall.  Bullets smacked into the concrete-block sides of the Minister of Foreign Affair’s home beyond.  Water sloshed from an explosion, a tank parked alongside my garden gate started up, and I mentally cussed a source who’d given me a now very obviously wrong date for a planned coup attempt.

“People get the government they deserve,” a former colleague trotted out that old saw to me in a recent email.  I agreed and wrote, “It’s we the people who created this situation, voting in a man we knew to be at best a dangerous narcissist.”

“But what was the choice,” he countered a few days later.  “Between a moral bankrupt and a socialist.”  Then, he went on, “I’ve never voted ‘for’ a presidential candidate in my life.  Only against.”

Me, neither.  Many of us, in fact.  So, do we deserve what the lesser of our poor choices do?

The vast majority of coups aim to provide more freedom for the people.  But, in 85% of cases, the result is a loss of freedom—often a total loss.

That was true in the coup that found me so ill-prepared.  It would have been true to some degree here.

Anger, frustration, despair, hopelessness, resentment.  These are just a few of the emotions at play.  I’ve felt them seeing our government become an out-of-control monolith, seeing greed eating up our wild lands, watching our leaders enrich themselves at our expense.  Our grievances are real, they are ours, and they do have consequences.

What did we choose?

Thus, many heard Trump’s summons, his call to arms.  They told themselves and each other that he gave us conservative court judges, or a wall on the border, or a booming stock market, or a hamstrung Executive Branch.  And he did.  The rest came down to grandiose gestures and unending entertainment … playground politics or farce at its best.  At least, it was until he faced loss of power.

Predictably, once incited with grievances stoked by a president’s injured ego, people just like us lashed out.  They behaved exactly like insurgents everywhere and engaged in indiscriminate destruction.

Maybe people don’t always get the government they deserve.  One way or the other, though, coups are no answer.  They don’t redress wrongs, real or fabricated.  They do, and it’s been proven over and over, reduce or take away the people’s voice.

Is that the kind of government we deserve?

What can be said is that we are the people and, thankfully, politics still begins with each of us.