THE ROAD TO … the Great Beyond 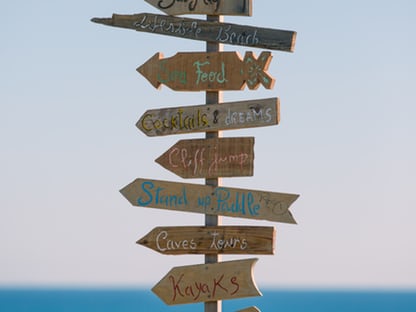 You think a horse spooking away from a rattlesnake is skittish?

Try talking to your mother or daughter, your son or father about their mortality.  Or yours.

It isn’t as though we don’t know for an absolute certainty that we’ll die, either.

So, why is it so difficult?  It’s as though we believe in sympathetic magic—that by talking about it we risk bringing it on.

The subject has been on my mind because I just had elements of “that talk” with my daughter.  More telling, I’ve been asked to participate in one of a series of panels on grappling “with our mortality in a healthy and helpful way,” sponsored by our library and the Christ Episcopal Church.  The panel I’m on focuses on how our culture shapes our views on death.

Except we don’t want to talk about it.

Death as a Gateway

Yet … .  Will it be so bad?  Our churches tell us to welcome death as a gateway to heaven and a life everlasting with God, the angels, and our loved ones.  In Hinduism, Nirvana awaits the transcendent spirit with peace and a oneness with the universe.  To the North, the doors of Valhalla’s feasting halls opened for the Vikings, while seventy-two virgins will attend a devout Muslim in Paradise.  African animists know they’ll take their place among their ancestors and guide the affairs of their descendants.  Other peoples; other beliefs—all promising an afterlife filled with value.

First, though, no matter the culture, religion or philosophy we have to “shuck off this mortal coil.”

See?  Even a fictional character like Hamlet couldn’t just say, “we have to die.”

And death for Shakespeare was normal.  It was everywhere.  It came daily for him on every street and lane.  In his England, people got a rash or had a baby and died.  People broke a bone and died.  Men were crammed into a uniform, given a gun, and died.  His friends fell into debt, went to prison, and died.

No surprise.  Our core beliefs concerning mortality, entrenched by the millennia, still remain much the same.

So much else, though, has changed.  The revolutionary ideas of the great thinkers of the 17th and 18th centuries came first.  As the crafters of our democracy summarized in the Declaration of Independence:  “We hold these truths to be self-evident, that all men are created equal, that they are endowed by their Creator with certain inalienable rights, that among these are Life, Liberty, and the Pursuit of Happiness.”  A right to Life?

Next, came the Industrial Revolution, which spawned so many advances but none more important than medical practices.

We no longer put on a uniform and march off to war and get blown up and die.  Not necessarily.  We get prosthesis and transplants and PTSD and live another forty years.  Small cuts don’t become gangrenous.  We have Z-Paks.  Lock jaw doesn’t come on the heels of a puncture.  We’ve had our tetanus shots.

The medical profession has advanced to such a degree that we can now anticipate a day when every part of the body can be swapped out for new and better, where life expectancy (at least for those who can afford treatment) could extend to 500 years or more.

While such a prognosis is currently pie in the sky, most of us can already expect to find our end of life period prolonged and can anticipate being hooked to tubes, probed with nano-cameras, and treated with increasingly sophisticated and sometimes even effective drugs.

No wonder we’re conflicted about death and don’t want to talk about it.  Our reality has changed.  Infinite possibilities and ambitious expectations have revolutionized the human experience, while life has become a right.  As a result, most of us will travel a long road to death within a culture that has been slow to grapple with new core questions.  How to make our bonus years vital and valuable as the body declines and fails?  At what point do we tell the doctors to stop?  Do we even, being fortunate enough to have the right to live, have the right to die?

Here’s a telling fact.  Twenty-five percent of all Medicare costs are for end-of-life treatments.  And, by definition, those fail.

Except … neither we nor our doctors can be sure how long those treatments will work or, and this is critical, how much pain and suffering they’ll cause.  Will they give us another week of life, or a month, maybe a year?  What makes life worth living?  What do we mean when we speak of “quality of life?”

And that, in my opinion, is where the discussion begins—with the challenge of tackling areas of uncertainty to align our cultural values and beliefs with our new and complex realities.  By rising to this challenge, I’m hopeful we’ll find it easier to make better decisions, find an improved quality of life during our final years, and achieve more peaceful outcomes in the end.

As for “that” talk with family members?  Perhaps it will become less awkward.  Back to the Top