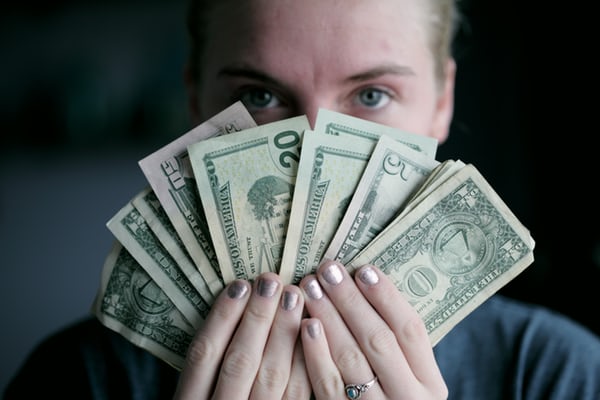 I’ve been giving some thought to saving the world,

thanks to a string of articles and TV news reports trumpeting warnings that seemed to put responsibility for preventing a killing recession squarely on the shoulders of us … the consumer.  Well, maybe you shared my sense of mission after hearing and seeing the same thing.  There were certainly enough headlines like, Can U.S. Consumers Continue to Buttress the World Economy? and Consumer Spending is a Bubble Waiting to Burst.

The problem with charging to the rescue is, of course, money.  My last foray into discretionary spending by investing in a new carpet, struck a cautionary note.  Not the carpet, itself.  Once down it gave me great pleasure until it began coming loose.  “You have a defective transition,” I was told.  “It’ll need replacing.”

For those of you, like me, who blinked at the word, a transition is a strip that covers the place where the flooring in one room butts up against that of another.  Lots of money involved, I thought.

Well, the carpet people were good about it, but … that’s exactly the sort of thing that happens when we start spending discretionary income.  I mean, I love my new carpet, but the process was a pain.  All things being equal, if I had to do it over again, I wouldn’t.  I’d save up my nickels until I have enough for something I really need and am ready for cost overruns.

Feeling Guilty for Not Spending?

Should I feel guilty for deciding to save my money and let the world go into a recession?  Should I change my mind and launch a consume, consume, consume campaign to save the world?  Would you join?

Leaving aside the plain fact that my income is just about enough to support me, never mind trying to “buttress” the economy, I’m relatively certain that when economists talk about rising incomes and the need for more consumer spending, they’re talking about other people … not me (in fact, not us).  I suspect they mean the famous one percent’ers in the economy—the ones who control 40 percent of it and keep getting richer.

The rest of us, not so much.

Probably, they’re hoping that those who have a million or more dollars sloshing around in their bank accounts will continue to spend massive sums on things like houses in places like San Francisco and New York.  I’m talking about the kind of spending that makes it unaffordable for the rest of us to live in those places … presuming we wanted to.

Those kinds of house buyers (probably multiple house owners already) are clearly spending–strongly.  I applaud them for it, too.  If they keep it up, I’ll happy yield the credit for saving the world to them.

Certainly, they can afford it.  They’re the ones who got the big tax breaks.  They’re the ones who are the least negatively affected by the trade wars and positively impacted by current government policies.  Like, I just found a list of 25 American corporations whose revenues, individually, surpass the Gross Domestic Product of entire countries.  With that kind of money, they can afford to pull the world back from the brink of recession.

If the economists aren’t talking about the executives of big companies and their families, though, maybe what they want to see is a collective massive increase in spending on our part—a consumer campaign led by you and me.

If so, I suspect they’ll be disappointed.

National statistics, of course, say that income is rising so we can afford to spend more.  Economists tell us another story.  Real income is actually flat or declining.  Mine is in the latter category and so is yours unless you’ve seen a large enough rise in income to offset all the debits.

The effects of the trade war, for example, cost each of us around $600 this year (that’s the lowest of the per capita estimates that I’ve seen) and the year isn’t over yet.  We’re supposed to be in for another and bigger wammy from the new tariffs.  We’ll see.

Next is inflation.  I searched Google to see how the dollar is holding up and, sadly, only understood one word in ten.  My takeaway, though, was that on average I (for one) spent 1.81% more in 2019 than in 2018 for the same item.  That comes out to about 2 cents/dollar.

State taxes play in this, too.  Our taxes aren’t onerous by anyone’s standards and, since we retired the extra penny tax this year, that represents money in my pocket which I can use to offset inflation—one penny in and two out.  Ouch!

Debt also makes a difference.  To learn how much I, again, let my fingers do the walking and Google obligingly told me about “credit debt.”  That’s us borrowing against our future income to buy things now that we don’t currently have the money to pay for or would rather pay for later—it’s our credit cards, our car loans, our student loans, etc.  It does not include mortgages.

It also turns out that the size of our credit debt has been slowly increasing every year since 2013.  Who knew?

That’s more money out of my pocket.  $11,000 per year/per person as a national average.

Which is a good place to stop before I start feeling I’d better scrimp as well as save.  One thing, for sure.  I’ve given up all thought of saving the world … economy, that is.    Back to Top