ON CITIZENSHIP AND CONSCIENCES 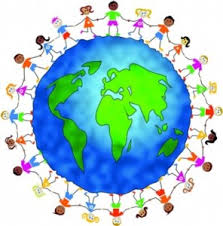 It’d be a lot easier to be a good citizen–

to determine good from evil and right from wrong–if only Washington didn’t present more as a three-ring circus than serious government.  “Bread and circuses,” the Romans said.  Well.  We’ve got that now.

Blame the media?  Blame the president?  Blame whoever.  Was it that long ago that we thought Washington was a swamp, yes, but one that at the very least effectively protected our democratic institutions and our national interests?

Some days I feel like I must be endlessly old.  Me and old T Rex and Brontosaurus and Allosaurus foraging around.  Me and the people of the Old Testament who struggled with their iteration of Middle East politics and a plethora of false gods.  What would they make of our daily diet of what is called “news” but is often no more than mass entertainment designed to titillate and amuse?

Back in the day—actually, just a few years past—when some of us were Cold War Warriors, we fought to stop the spread of totalitarianism which we knew to be a threat to our democracy and to the free world.  Back in the day, we recognized dictators as evil, as destroyers of human rights and human dignity.  You know.  They were the men who did the following:

I could go on.  But you know exactly who I mean.

Since then, the names have changed.  Today we have:  Russia’s Putin, North Korea’s Kim Jong-un, Saudi Arabia’s Mohammed bin-Salman, Turkey’s Recep Erdogan.  Each of them is guilty of every single item on the above list.  And how about Trump’s new and budding relationship with Syria’s Bashir al-Assad and his on-again/off-again romance with China’s Xi-Jinping?

One Man’s Friend Is …

They are, one and all, our president’s good friends … “Best friends,” he sometimes calls them … “very good people.”  As he also says, they are people “who can make a deal” and are “very, very trustworthy … the most trustworthy.”

Somehow, I think, their own people, especially the hundreds of thousands suffering in prisons or locked in the twenty-first century versions of gulags might disagree with our president’s assessment.

It seems like a million years ago when our parents, grandparents, and great grandparents went off to fight and many of them to die keeping the world safe for democracy.  Keeping it safe for us?

Who can remember, now, that Desert Storm was about removing weapons of mass destruction from the hands of a vicious dictator?  That ISIS sprang up in the wake of Bashir al-Assad’s repression of his own people and use of chemical weapons on them?  That Russia invaded and assimilated Crimea and is now trying to do the same to Ukraine?  That Saudi Arabia is bombing civilians in Yemen and has created one of the worst human disasters in the world?

And, just for fun, let me go on remembering:

Our president’s response?  To lift sanctions and the threat of sanctions on Turkey.

I’ve been writing this on a Sunday, so I’m remembering something else.  Scripture:  Isaiah 5:20.  Woe to those who call evil good and good evil, who put darkness for light and light for darkness, who put bitter for sweet and sweet for bitter. … I have seen what is good called evil and what is evil called good.

Billy Graham, in a 2012 Decision Magazine article I found on the internet, says of this verse:  “Still another way that evil is called good is for the conscience to be perverted, and certainly our consciences today are perverted. But right is right even if nobody is right, and wrong is wrong even if everybody is wrong.”

Something for us, as voters, to consider as we examine our consciences, as we work at sorting out good and evil and try to be good citizens.  Back to the top.