Are They Wyoming Republicans? 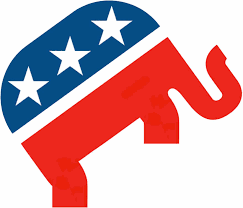 Things I once thought Wyoming Republicans believed in:

But here we are.  Four members of the Park County delegation to the state legislature—Tim French, Rachael Rodriguez, Sandy Newsome, and Dan Laursen—signed a letter to the governor telling him to join a lawsuit brought by the state of Texas asking the Supreme Court to throw out the presidential election results in four sister states.

Did our delegation actually read what the lawsuit claimed or thought about the precedence it would set if by some miracle the Supreme Court had agreed to it?

Did they want the Supreme Court to assume new powers and disenfranchise the citizens (Republicans, Democrats, and Independents) of four other states?

So, ask yourself.  How would our legislators react if Wyoming had been on the receiving end of that lawsuit?  Regardless of the merits, the idea of Texas trying to tell Wyoming what it can and cannot do about elections (or most anything else) would have had … I sincerely hope … all three of our legislators up in arms.

I assume that, like most of us, our county delegation are strong advocates of getting the Federal government out of our business.  Living as we do in a state and a county that is dominated in so many ways by Washington, the very idea of giving away any of the little power we have is anathema.  At least it is to me.  Which is why I struggle with the idea that our elected representatives could conceivably want to set up a precedence wherein Washington could declare any votes null and void—essentially disenfranchise us.

Think about it.  Under that precedence, anyone could claim fraud at any time and any level.  Yup.  The same people who wanted to support the Texas approach to handling elections could easily find themselves out of office—replaced, theoretically, by Democrats.  Oh, my.

Then, there’s the merits of the Texas case.  It repeated elements of the cases already heard in some 50-plus different court rooms under many more judges (and the number keeps growing as Trump’s attorneys keep pressing their claims).  All but one of these cases has been dismissed.  And, the exception had nothing to do with voter fraud or miscounts or any of the many claims that multiple judges have called “ridiculous” and “spurious” and “unfounded.”

Yes.  Where there’s a system, there’s undoubtedly fraud.  We wouldn’t be human otherwise.  But on a large enough scale to warrant throwing out election results?  Our court system says, no.  Our broader judicial and electoral system, led by men Trump appointed, including his faithful ally Attorney General Bill Barr, say no.

These men and some of the lower-court judges that Trump hand-picked can by no means and no measure be considered anything but sympathetic to him and his cause.  They are smart, clever, and devoted to their leader.  If, indeed, there was enough fraud to overturn the election results, don’t you think they would have found it and used it?

Shortly after, our Park County delegation agitated for Wyoming joining the case, the Supreme Court wisely refused to hear it and dismissed Texas with a two-paragraph statement.  The three Supreme Court judges personally selected by Trump joined that decision, while the two most conservative justices said they would have let Texas make its argument before denying repeat denying the petition.

That brings us to the Constitution.  It is unequivocal about the right of the individual states to decide how to run their elections while setting up and Electoral College as a brake on the system.  It leaves no wiggle room for arguing that the Supreme Court should/could/might disenfranchise entire segments of the population and decide an election for them.

The Founding Fathers put these critical elements of our democracy right up front where no one would miss them in Article One and Article Two Section 1 of the U.S. Constitution.  Take a look.

It’s interesting to note that none of our national representatives—Enzi, Barrasso, or Cheney—signed on or indicated any support for the Texas lawsuit.  In fact, the absence of Liz Cheney’s name from the list of the House of Representative Republicans who supported it is notable.

The Wyoming and Park County that I know may not like some election results and many of us do not, but we accept them and start working toward the next election.  We may not agree with what another state is doing, but we would fight for their right to do it.  We, absolutely, will accept hard evidence when it’s presented, but we do not toady to anyone by acting on their allegations, twitters, or unsupported word.  That to my mind is the Wyoming Way if not the current Wyoming Republican way.