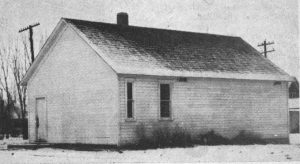 You’ve heard the good news.  The county commissioners signed off on the architect search and hire process to get us started on bringing the county-owned Powell library up to adequate status.

Then, of course, there has to be the bad news.

That is?  An engineering study says the county facility’s roof is not just leaking, which everyone knew, but on its last legs.  Thus, there’s a need to move as quickly as the process and fund-raising will allow.

Last year hope centered on creating a beautiful new library for Powell with all the bells and whistles and, with county reserve funds standing far above reserve needs at $16+ million, it seemed not only possible but a likely near-term reality.  Even without use of county money, it could have been financed with a cap tax, funding from the state, and donors.

Then came the virus and its accompanying impact on the economy plus the promise of reduced extractive industry revenues.  Both led to an understandably cautious county commission.

As a recent Powell Tribune article stated, the commissioners have not committed to moving forward with a project, nor are they spending any money on the effort at this point … Commissioner Lloyd Thiel made a point of noting that seeking an architect, “in no way obligates us to go any further.”

Understanding these realities, hopes have turned to reusing the existing century-old, make-shift but historic structure.  I think of it as a composite of old schoolhouses (which it is) held together by glue, duct tape, and prayers.  That poor building.  But, behind its pleasant façade and under its leaky roof resides a huge amount of history, its walls containing not just the ghosts of old classrooms but fingerprints and tattered covers left by the thousands of us who have passed through its doors.

Would a salvage operation be possible?  To the surprise of many, the engineers said, “Yes.”

Immediately, planning for a new state-of-the-art structure morphed into working on an “adaptive reuse” project.  Because of the urgency created by the roof coupled with caution by the building’s owners, the plan became a two-phase one.

Here’s how it can work.

Phase One to begin in 2022 and include replacing the failing roof, correcting the other problems, and adding a small second floor.  The interior of the building will be redesigned to make all its existing space useable.  The cost?  We should know in a few months but probably around $1.5 million and under $2 million.  Phase Two will begin when the county can afford it and will build out from the current structure to raise our total size to the 20,900 square feet recommended by the consultant.

Again, the idea is to accommodate to current realities and to respond with positive solutions to those worried about maintenance and capital expenditures.

The library task force has had an auspicious start with strong public support and seed money provided by the Stock Foundation, the Library Foundation with its public donations, and an anonymous donor.  This will finance the design phase.

The library has other assets, not the least of which is its roll as an economic multiplier.  Run the figures available on the state library website and you’ll see that Park County libraries give back an average of $4.28 to the community for every $1 spent.  In this case, “community” means the northern half of the county and Powell.

In Powell’s case, the library produces more, for the county-wide figures don’t factor in the numbers of middle-schoolers who ‘hang out’ in the library between the hours when school lets out and when parents return home from work.

Which means that Phase One (fixing up this county facility that an outside consultant called “in no way adequate” to meet community needs) is a financial investment.  Then, of course, an adequate library remains one of the key social elements in a healthy community—often potential newcomers actually judge an entire community by the state of its library.

All of this plus a creative reuse of an old structure.  Who could ask for more?

But wait!  There is more!  The library consultant may have found the county facility deficient in every respect, but he praised the library staff for their professionalism, hard work, and devotion to the community.

Well … .  If we can only have one real asset, then that’s the one I’d choose!  Kudos to them.  Kudos, as well, to the many people from the community and two of our commissioners (who liaise with the library board) for contributing their expertise and support to the project.  Without all of this help, we wouldn’t have a plan.  Without citizen contributions, we wouldn’t even have the engineering study that pinpointed the actual conditions of the building and the failing roof.

All of which is history now.  With this auspicious start and continued strong public support, the future looks promising.  Fingers crossed.