A Horse and Events Center for Cody? 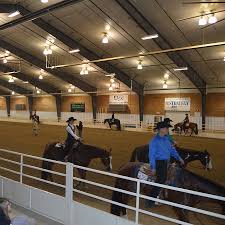 Whatever happend to the push for a Cody Horse Events Center?

Actually, the idea of adding this economic driver to Cody’s infrastructure has been around a long time.  It’s a football that keeps getting kicked down the road, while riders compete and spend their money elsewhere.

And, maybe, its time has come as we look for ways to bring more dollars into the community.

Other communities have already and thoroughly pioneered this field with public-supported and built facilities, meaning there are plenty of examples out there to serve as roadmaps and more are coming online every year.

The facts?  Equestrian sports—all 18 recognized disciplines of them–are huge and growing.  More, taken together, these sports are considered among the most expensive in the world (see Yahoo finance).

Personally, I can attest to that.  I ended up taking out a second mortgage when my daughter became old enough to compete.  As much as I was making, then, I couldn’t afford horses, gear, entry fees, clothing etc. for two of us.

The day she decided she would rather race bikes was a boon to my pocketbook, and I had to laugh when she told me that some members of her biking club thought the sport too expensive.  I mean, really.  You don’t have to feed a bike or constantly buy it new gear.  You ever see a bike rip up its winter blankets or throw its tires when you’re not even riding it?  A bike doesn’t require a trailer to transport it or run up vet bills, either.  And, don’t get me started on all the other ways horses “disappear” the family income. 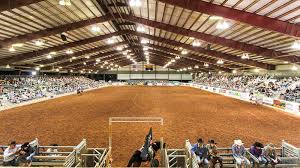 Which is relevant because every person coming here for a competition will need to augment/replace something.  Plus, they’ll be bringing along friends, relatives, and a support staff—all of whom spend money.  I know.  I travelled with horses for a decade.

If you doubt, here’s some stats from the equestrian channel.

The horse industry has a direct economic effect on the U.S. of $39 billion annually.

The industry has a $102 billion impact on the U.S. economy when adding the multiplier effect of spending by industry suppliers and employees.

Is This for Us?

As for us?  We have a population which probably includes more horses than people.  We know horses and the sports involved and have local people who are leaders in their equestrian fields.  Best of all, we already have an excellent outdoor facility with the rodeo grounds.  Why not invest more in this home-grown asset and add an indoor competition area while also adding another tax source and an income stream for local businesses?

Maybe what we can’t afford is to ignore capitalizing on a local resource that is so ubiquitous it is almost invisible. 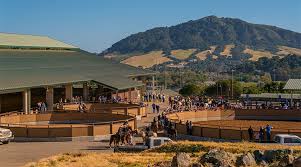